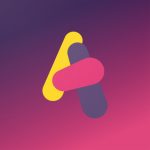 All about Atom and how we make money easy

“Atom was featured by Startups of London in 2022 in the article “Startups & Scale-ups in London: The Ultimate Guide″.

Atom was founded in 2014 as the UK’s first app-based bank and were the country’s first digital-only bank to be granted a regulatory licence.

They’re based in the North East of England and they love the region for its culture, energy and sense of community, so they strive to add value wherever they can.

They’ve grown to a team of over 470 people, many of whom are based in the area. As a progressive employer, they understand the benefits of enabling a diverse bunch of people to shape their business, so they’re actively making it easier for individuals from a range of backgrounds to work for them.

Check out our coverage of Atom in our article to learn more about them.”

Check out Atom’s open positions below.