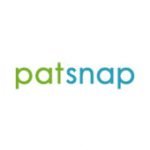 “PatSnap was featured by Startups of London in the article “The Complete List of Unicorn Startups in the UK 2022″.

Initially from Singapore, PatSnap also has a headquarters in London. With hundreds of team members centred in the UK, we can say that PatSnap is a unicorn from her majesty’s lands.

Guan Dian, Jeffrey Tiong and Ray Chohan formed the company in 2007 in Singapore. As the company expanded its reach globally, in 2015, the UK became one of the four headquarters worldwide, and it reached unicorn status in March 2021. PatSnap offers intelligent market research and competitor analysis solutions to 10,000 clients in 50 countries.

Check out our coverage of PatSnap in our article to learn more about them.”