by Startups of London

Sharing Economy: Is It the End?

Sharing economy has taken a big hit with social distancing and hygiene concerns.

My personal reference point to understand how livable and enjoyable a city is its relationship with cycling. If it is cycle-friendly, it means the weather is okay; people are not constantly trying to run you over, roads are good enough and so on. Compared to many cities of a similar size, London is actually pretty good (albeit “confused about cycling,” as YouTuber Jack Foreman puts it). And I do love cycling.

Still, it took me 2 years and a pandemic to buy my own bicycle because I have regularly depended on on-demand services like Lime.

Just grab an electric-assisted bike and go. Then, at your destination, just leave it there. Pretty incredible. Although I love my new bicycle now and have some emotional attachment to it, Lime was more convenient. Even if the only reason is that you never have to think about it getting stolen or have to worry about locks – that’s enough.

I haven’t ridden a Lime bike in the last 12 months. Therefore, my usage will be severely diminished if we get back to a new normal, somewhat resembling the pre-covid days. However, it is not the end for Lime; they actually advertise their year-end numbers as being pretty positive based on this Crunchbase article. 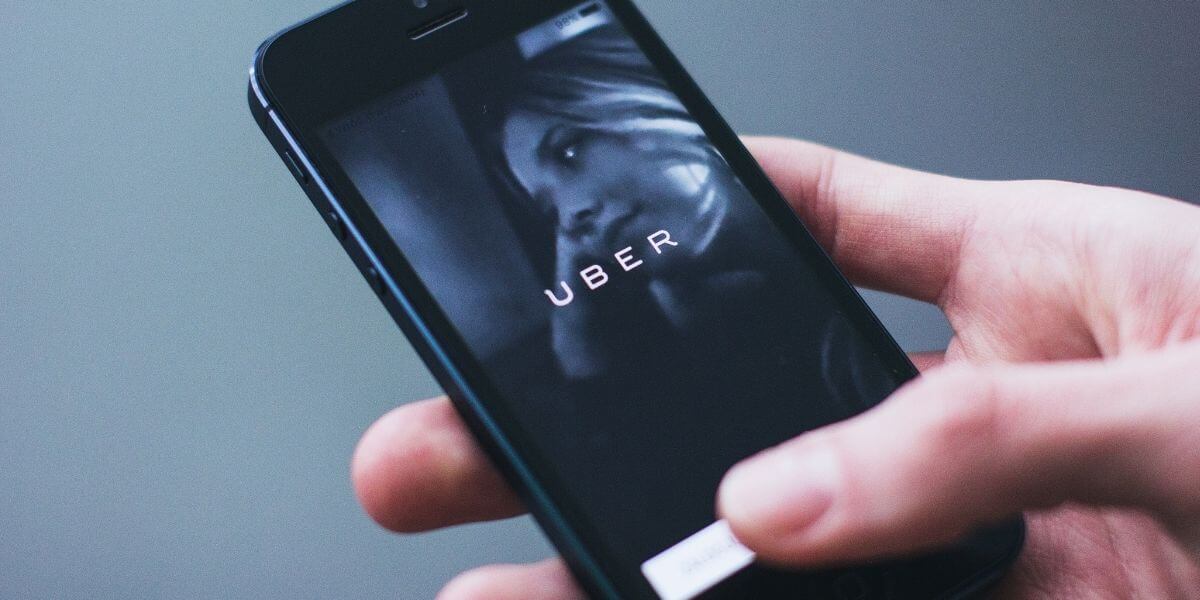 On my first day in London, I got off the train at King’s Cross and hailed a black cab. I hit my head going in and remember the oddity of it all. It’s not like a normal car; neither it’s a truck nor a minibus, it is a London Cab. It is perfectly content with its oddity, like so many other things that are British. When I arrived at my destination, a close childhood friend was waiting around the corner with a smirk bordering laughter. His reaction was, “who even rides a black cab!?” Uber, ViaVan and many others have been competing to get us to be customers at low prices, and we loved it as Millenials. 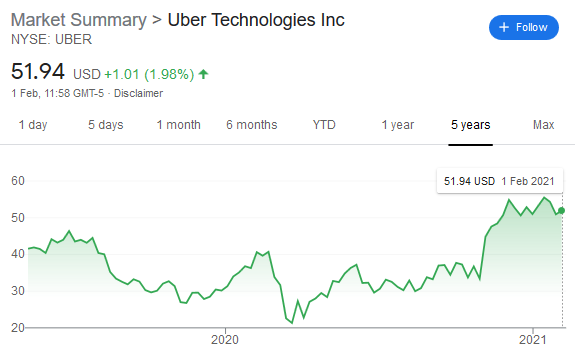 Let alone dropping, the Uber share price has surged upward in late 2020 and into 2021, as did so many other company shares. But I think this reflects the current state of the financial markets, very low central bank interest rates and strong investor rather than the daily usage numbers.
Whereas I used to hail an Uber 2-3 times a week to get around London, my usage has dropped to once every few months. I am not the only one; based on what I observe from anyone I know, the usage habits have similarly changed. 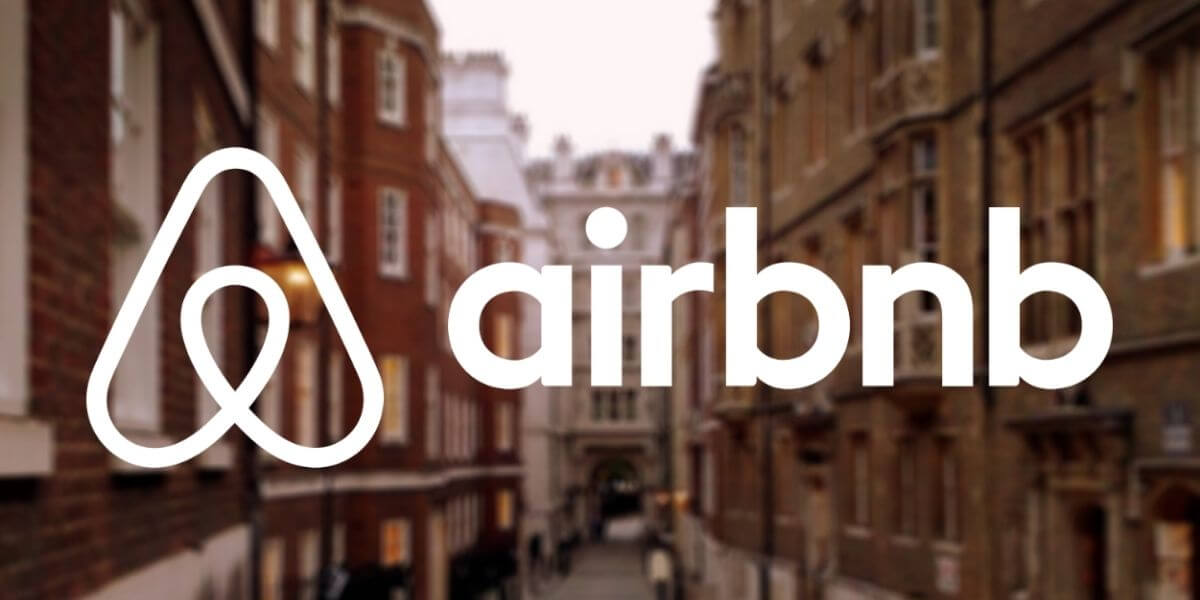 We had always heard good things about Bath (Somerset, UK) and wanted to visit. Having already grown up on the lands once occupied by the Ancient Greeks and the Romans (Turkey), I find their cultural heritage fascinating. Bath, the city, gets the name because it was used as a Roman bath in ancient times. (Similar Bath Cities are also found in Konya, Ankara and other regions in Turkey but are not as well looked after or are not as popular.) Our plan to visit Bath was powered by Airbnb, the friend of the scrappy traveller. We organised a few friends and, as a group of 6, found an incredible house with 3 bedrooms and a large kitchen-lounge area to keep us entertained at late hours.

AirBnB’s 2019 valuation of $38 Billion was slashed by$20 Billion, down to the 2020 figure of £18Billion, according to Techcrunch, Bloomberg and other sources. The overall usage also dropped by 60%. So while they are still the leader in their market, their market has shrunk hugely. 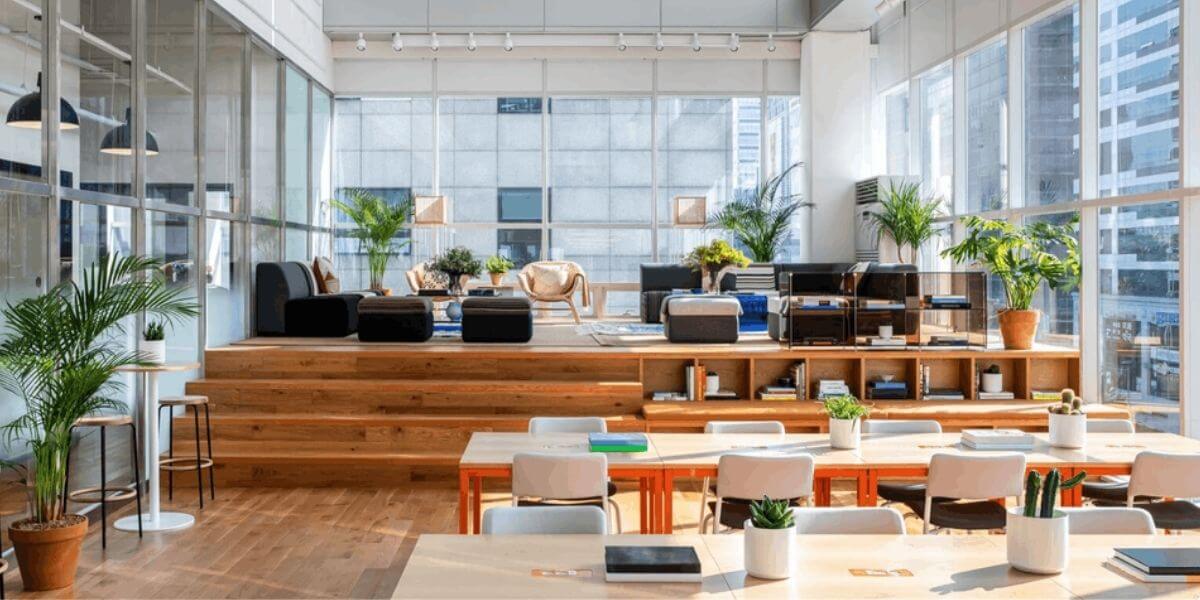 Startups of London’s first season, before the Covid-19 situation, was a busy sprint. Over the course of a few months, we were able to interview 12+ startups based all around London. Here is a map of how they are spread out: London Startup Map. The format of our show emphasised office space and intangible things such as company culture, growth goals, etc. One problem, however, was that a good number of startups we featured had WeWork offices. They are good, yes. But it can get pretty boring if you are going from one to the other. It was usually a breath of fresh air to visit offices that were not in WeWorks. For example, I remember ChargedUp having a weird but cute entrance and Feast-it having the best, most cosy space – although not the biggest like Elder (occupying Monzo’s old office).

It makes sense for a business to use a service like WeWork. A founder has a million things to worry about. So one less is a good thing.

However, with the new reality, although people will prefer the convenience of managed services like WeWork, the uptake will be lower as more work from home more often. And a bigger space will need to be allocated for the same number of people, making it less profitable (or more expensive for the customers). All in all, it won’t be easy for a company such as WeWork that already had dark clouds upon them with a lot of rumours about it did not actually deserve its astronomical valuation of $47 billion last year.

According to Softbank (the controlling shareholder of WeWork), the company’s valuation has fallen to $2.9 billion, losing more than 95% of its value. Quite intense!

The Core Argument of the Sharing Economy

The underlying logic of the sharing economy is that a large percentage of resources (cars, housing, office space, etc.) is lying dormant most of the time, not being an active part of the economy, simply because of informational asymmetry.

Airbnb is an information structure – a system – that we have come to trust as a brand. It does not create new houses to stay in; it enables us to find each other if we want to rent out a home or stay in one for a fixed, short duration.

The idea is pretty similar to other sharing economy companies. However, they are designed to scale.

Going into 2020, they assumed that people would be okay touching the same objects, sitting on the same seats, breathing the same air in the future, too. In their defence, they did so because it had always been like that (until it wasn’t). (Strongly urge critical minded readers to take a look at Nassim Taleb’s Black Swan).

So this is a pretty big deal for all companies that are in the sharing economy. It will be a difficult and costly transition. And not all will survive.
We hoped this whole pandemic thing would last 6 months, maybe a year, and then we would be back to our normal lives. But we now know that although progress is visible with the vaccines rolling out and people learning to be more cognizant of the virus, it will still take a few years until we behave as comfortably as we did back in 2019. And even then, say in 2022/3, not all of us will be equally comfortable.
This makes the whole experience for any sharing economy company that operates in the physical world less appealing. It also means more friction to use the service and a lower conversion rate with paying customers. Nevertheless, it is a hit—a big one.

Is it the end?

Yes and no. It is the end for some companies and for some ways of operating. But not all. As in nature, those who survive will be those who adopt the best.
The initial reaction was to pivot (or take more advantage of) digital services. AirBnB’s `Experiences` is such an attempt, for example, where you can join a class online. But having spent so much time at all, we know it is not the real thing. Sure, those with almost unlimited cash and brand value may find alternative ways to work or soldier on as smaller companies. But if we take the sharing economy as a whole, especially within the physical world, that huge trend wave seems to be coming to its premature end.
The new sharing economy companies of the world will innovate, re-invent and find novel ways to please their users, but they will be a new breed born into the post-covid world.

Here you can join the SOL Online Entrepreneur Community and stay connected with the startup founders, entrepreneurs and business owners who exchange innovative ideas and share market opportunities in one platform.

Sign-up for the SOL podcast with founders, startup news and job opportunities, all from London!