by Startups of London

London is now home to the world’s first and only immersive rockstar experience. Described as Guitar Hero meets karaoke, it’s the latest addition to the capital’s burgeoning ‘Competitive Socialising’ scene.

Founder David Tshulak added: “We’ve combined the fun of Crazy Golf, the challenge of Escape Rooms, and the thrill of Live Music to create the ultimate team activity. Even if you’ve never played an instrument before, we guarantee you’ll be rocking out by the end of it.”

Every session takes place in a recording studio and is led by a professional musician. Once you’ve agreed on your band name, it’s time to choose your instrument and then which song you’re going to tackle. 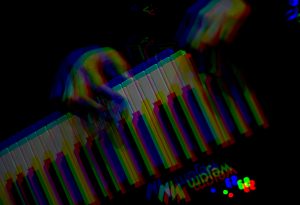 Performers can choose from an ever-growing list of tracks that span decades and cover all genres. From cheesy pop to heavy metal and everything in between, players of all ages will find a tune they love. Although first-timers will typically learn one song during a session, there’s nothing to stop people from trying a couple or even swapping instruments. “Everybody always wants to have a go on the drums!” noted Tshulak.

So how does it all work, and can a total beginner really get the hang of it? “We’ve built this with complete amateurs in mind,” said James Green, Senior Programmer. “If you can count to 4, then you won’t have any problem taking part!” Beginners are guided which notes to play via onscreen graphics, and on the easiest setting, they only have to play a single note every bar. Then, when they press the correct note, it triggers a more complex musical sequence – e.g. a bass line, guitar riff, or chord progression. 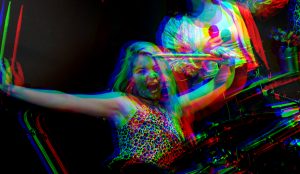 Although aimed primarily at inexperienced through to intermediate musicians, WeJam also caters to professionals. “Every now and then, we’ll get a show-off in the group – somebody who can really shred already. What’s cool is they can jam along in ‘freestyle’ mode without any tech assistance, whilst their friends can play along at their own chosen difficulty level,” said Tshulak.

A competitive element adds an extra layer of fun to the experience. Players have their performance tracked, and each get a score based on their accuracy. This data is also used by the team back at HQ to improve the user experience. “If after 50 performances of the same song we see certain patterns forming, we use that information to refine and improve what we’re doing. Let’s say 90% of players always get a really low score in the chorus – that’s a good sign we’ve made it too difficult, so we’ll go back and tweak things,” explained Christos Filippidis – Senior Song Developer.

WeJam currently operates at 4 sites across London and plans a nationwide rollout in 2021. To find out more or to book a session, visit wejam.studio

Sign-up for the SOL podcast with founders, startup news and job opportunities, all from London!