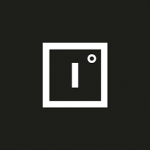 We are the metaverse technology company

“Improbable was featured by Startups of London in the article “The Complete List of Unicorn Startups in the UK 2022″.

Improbable is the next generation of gaming and has so much to offer to the virtual world. This unicorn was founded in 2012 by Herman Narula and Rob Whitehead, both Cambridge University computer science graduates who loved games and wanted to create a bigger gaming world where multi-players were in much better circumstances in the technological world. Though they are a London based startup, they have offices all around the world and have 800+ people with amazing credits within the gaming world. They became a unicorn after receiving over $600m in funding from some of the most reputable investors in the world, including the SoftBank Vision Fund, Andreessen Horowitz, Horizons Ventures, and NetEase.

Check out our coverage of Improbable in our article to learn more about them.”

Check out Improbable’s open positions below.