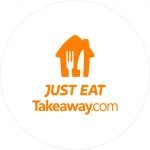 “Just Eat was featured by Startups of London in the article “The Complete List of Unicorn Startups in the UK 2022″.

Just Eat is one of the most popular food and grocery delivery apps in the UK, along with over ten other countries on four continents. Originally founded in Denmark by Jesper Buch, Per Meldgaard, and Henrik Østergaard, Just Eat became a unicorn after moving its operations base to the UK. Also, the company had an exit. It managed to raise over £75M in various funding rounds and has over £700M annual revenue.

Check out our coverage of Just Eat in our article to learn more about them.”