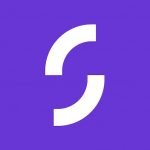 “Starling Bank was featured by Startups of London in the article “The Complete List of Unicorn Startups in the UK 2022″.

London has an abundance of successful FinTechs—especially neobanks—such as Revolut, Monzo, Monese, and Starling Bank. Also, its founder, Anne Boden, is one of the most influential women business leaders in the UK startup ecosystem. Her startup reached unicorn status in March 2021, becoming the 10th unicorn FinTech in the country.

Founded in 2014, Starling Bank has over 2.1 million users. Even though the user number is relatively lower than its competitors, Starling Bank managed to win Britain’s Best Bank title at the British Banking Awards four years in a row.

Check out our coverage of Starling Bank in our article to learn more about them.”